5/13/2013 by Kimmy Burgess
Economies of nations with debts in excess of 90% of GDP tend to grow slowly. Many international transactions are carried out using USDs, which is why some people think that even if America goes past the 90% mark, its economy will not slow down. The Congressional Budget Office does not hold the same sentiments. The office now projects that debt will go up to 200% at some point, and this will, in turn, begin to affect the economy. The office maintains that there is no law that states international business will always be conducted using the American dollar. 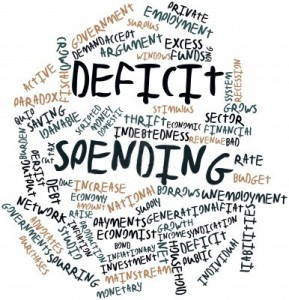 Economic growth may not be a big issue for Americans today, but excessive debts should raise eyebrows. Every debt given to creditors could be spent on areas such as infrastructure, healthcare, and social security. Present economic growth requires higher deficits according to Keynesian theory, but there is no concrete proof to back up this theory. Other elite guys, however, do not seem to concur with this theory. This elite agrees that deficit spending is a problem but not as per the present. To them, growth is what matters most at present. There is a general belief that spending which is financed by deficit is responsible for displacing private economic activities, whether in the long run or short run. Many people assume that immediately the economy improves, politicians will revive their fiscal conservativeness and begin paying debts, which is not true at all. Who does not know how politicians behave? Most politicians go by the sentiment “spend now and pay later” but later never comes. A deficit is a problem that needs to be dealt with now and not in the future. It is only in the present that you can worry about the future. Do not run deficits, Keynesian theory forbids that.