In 1963, President Kennedy signed into law the Equal Pay Act. At that time, women were earning 59 cents for every dollar earned by a man, and this law was designed to ensure that women would receive the same pay as a man for doing the same job for the same employer. On the heels of the Equal Pay Act,the Civil Rights Act of 1964 offered further protection against gender discrimination and in the mid-1960's, President Johnson also enacted laws to eliminate discrimination by Federal contractors. 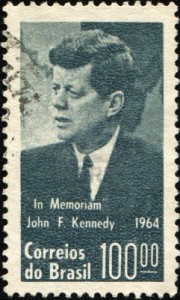 Fifty years later, women are earning 77 cents (recently reported as 81 cents) to every dollar earned by their male counterparts. This statistic often incites feminists, suffragists, and those among various equality movements, but are they actually comparing apples to apples when it comes to male versus female earnings, or apples to oranges? The statistics report the wage gap for "similar" work, not identical work. Everyone who works in a hospital is generally said to be doing similar work, but CNAs, nurses, and medical transcriptionists (generally women) will not make the same amount of pay as a cardiac surgeon, ER physician or pediatric specialist (generally men). It is primarily for that reason that women make less - they gravitate toward and dominate low-wage occupations, even if those occupations are in "similar" fields as higher paying positions occupied by men. What are some other reasons why women make less than men in "similar" fields? Women work less hours, take more time off for issues on the home front, scale back the demands of their positions and do not seek the higher pay of more demanding (hours and effort), technically complex (educationally) positions. A female rocket scientist will make the same wage as a male rocket scientist, but a female scientific lab technician will not - even though they are in "similar" fields. When comparisons are made, they should be made between a man and woman with identical education levels, certifications and prior experience for identical positions - and then determine if there is an actual pay gap, rather than trying to force equality onto situations that only have similarities to each other.

Kimmy Burgess is the Manager of Cash in a Snap, which helps clients get connected to its large network of reputed lenders to obtain quick cash advances when they need it most. Kimmy has over 20+ years' experience in Administrative Management, with many years in the lending industry. Her expertise includes customer service, client services and other functions in the payday lending business. She has also spent time in the mortgage industry prior to her move into the payday lending field. Kimmy has a number of pets including cats, birds, and a Chinese water dragon.